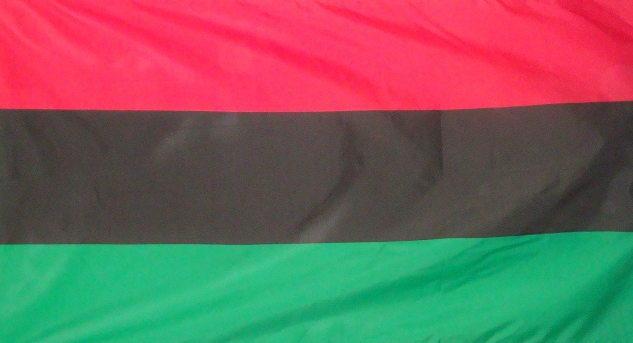 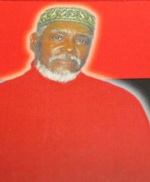 On Friday February 6,  2015 at 3:12 AM Elder Johnny Gossett the Lion of Division UNIA/ACL Div 121 made transition.  He was taken to Temple University Hospital  on Sunday February 1, 2015 unresponsive and placed on life support, and was taken off life support on the evening of Thursday February 5, 2015. He was in the middle of another  building campaign to raise funds for the  building at 1609-11 Cecil B Moore ave. He will be missed by all who knew him.

﻿Repass back at the Church﻿ ( address below) 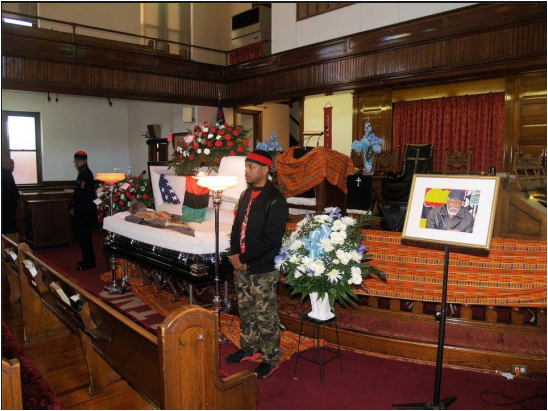 ﻿﻿One God, One Aim, One Destiny﻿﻿
The Obituary

﻿﻿ ﻿The Life of Johnny Gossett
Johnny Gossett, born March 7, 1942 in Spartanburg, South Carolina to the late Samuel Gossett and Lillie Mae (Harrison) Gossett;  was the third of five children. Educated in the Philadelphia public school system, he attended Simon Gratz High School and was a standout athlete on the track, baseball and football teams earning varsity letters in all three sports. He enlisted in the United States Army and was a paratrooper in the 101st Airborne Division.   He was a dedicated father, and together with Ora, his beloved partner of more than forty years, they raised his three successful children encouraging them to be good scholars, athletes, parents and people. He played linebacker for the Philadelphia Giants a semi-pro football team. He also played with the Philadelphia Touch Football League. Johnny was a great mentor to many young men in the Philadelphia area.

Johnny had a steadfast commitment to the Universal Negro Improvement Association/African Community League (UNIA/ACL) for more than 30 years. He was the current President of the Philadelphia Division 121.  He also served as National Archivist and Historian, both positions held until his death. He was respectfully referred to as Elder Gossett; Race first, One God, One Aim, One Destiny was his motto. He loved teaching and  discussing the principles of Marcus Garvey and was a true Garveyite. He worked for the Budd Co. for 30 years until his retirement in 1998. He loved art and was an accomplished artist. He was multi-talented excelling in, drawing, and sculpture. He had an art exhibit titled ‘Wood, Paper, Stone,’ showcasing his expertise in each media. Many of his works are currently displayed at the Cecil B. Moore branch of The Free Library of Philadelphia, and the UNIA/ACL Meeting Hall. He excelled in most everything his hand touched.

He transitioned from this life early on Friday, February 6, 2015. He will be remembered and truly missed by his lifelong love Ora L. Moore. Survived by daughters Debora Gossett Rivers (Steven), Diane Gossett and her husband Lloyd Brisbon of York, PA, and son Johnny Gossett, II (Nikki), and his four brothers and sisters Emma Gossett, Samuel Gossett, George Gossett, and Carrie Gossett. His memory will be cherished by his seven grandchildren, Nia, Jada, Christa, Marissa, Cortny, L. Night and Jonny III, and a host of nieces, nephews, family and friends.

The Family﻿
﻿﻿
I found an article below written in  1993, about  two years after the fire  in  1991 at the Hall, and as you will see, he was relentless and UNIA to the core about his belief in our people, and the issues we need to continue to support for self sufficiency.

He cannot be replaced and his presence will be missed.

By Kimberly J. McLarin, INQUIRER STAFF WRITERPOSTED: January 04, 1993
Nearly a year after a fire in North Philadelphia ravaged the national headquarters of the Marcus Garvey movement, Johnny Gossett can no longer stand on the third floor and gaze into the sky.

Thick wooden beams now lie where there was once only open space, and planks of plywood laid atop some of the beams keep rain from the makeshift floor. The outside walls have been reinforced and the window frames rebuilt, the structure braced with concrete and iron.

"Where there was wood, we put iron," Gossett, 52, said, standing in the center of the vast third floor and looking up. "The walls are stronger now than when it was first built."


Slowly, deliberately, Gossett and a few others are piecing together the home of the Universal Negro Improvement Association and African Communities League. Last January, a four-alarm fire ripped through the building on Cecil B. Moore Avenue near 16th Street, badly damaging the structure and consuming everything inside.

The blaze dealt a heavy blow to the local chapter of a black nationalist association that once claimed six million members but has dwindled to a graying handful - about 60 locally and an unknown number nationally. Discouraged members even considered abandoning the building that the chapter has owned for more than 40 years and finding a new home.

But only briefly. Shored up by the principle of self-determination preached by UNIA founder Marcus Garvey, and hopeful that a generation saturated with Malcolm X will find its way to the man who inspired Malcolm's father, the group is rebuilding its home.

"Those that went before us bought and paid and struggled to keep that place," said member Redman Battle, 73. "It has that ancestral link to us, and for us to move into another building, we would lose too much of that history."

Besides, Battle said, "We have to prove to ourselves and our people that we can do it."

Marcus Mosiah Garvey, born in Jamaica, was the most influential black leader of his day. Hailed by his supporters as the king of Harlem and the black Moses, Garvey founded the UNIA in 1914 and built the organization on the premise that Africa was the home for all black people.

His newspaper, Negro World, spoke against integration and favored black nationalism and economic independence for blacks. At its peak in the early 1920s, the organization owned laundries, groceries, hotels, a chain of restaurants and a steamship line, Black Star Co., that made several trips to the West Indies and was intended to transport thousands of blacks to Africa. The organization claimed 900 branches in the United States, the British Isles, the Caribbean, Africa and Central and South America.

The organization foundered after Garvey was arrested in 1922 on a mail- fraud charge involving funds for Black Star. He was convicted, jailed and deported to Jamaica. He died in London in 1940 at the age of 53.

By the time Reginald Maddox joined the organization in the mid-1960s, only 50 or 60 members remained in the Philadelphia chapter. But Maddox, now 75, said he liked the organization's tenets and the way the elders adhered to them. He became president of the local chapter in 1979 and has held the post ever since. Maddox also presided over the national organization until this summer, when Marcus Garvey Jr. was elected president general.

A few younger people have joined the organization recently, but membership remained largely stagnant. Still, before the fire, the building was well used. Activities were held three or four times a week - mass meetings on Sundays, business meetings on Wednesdays, Swahili classes on Thursdays, and special programs for Kwanzaa and Garvey's birthday.

A Swahili class was held on the night of the fire. Battle said that after the class, he and another member locked up, drove the teacher to the train station and went home.

Less than an hour later, Battle said, he got a phone call. It was Maddox, telling him the building was on fire.

"I told him it couldn't be because we just left there," Battle said. "He said it was at its third alarm, and I said, 'It can't be. We just left there.' I called the other brother that was with me and we rushed down there," he said. "When we got there, we saw the whole roof engulfed in fire."

The fire apparently began in the back of the building, fire officials said. They ruled the blaze suspicious but never determined the cause. Battle and the other members believe a flammable liquid was poured down the front stairway to encourage the flame. But they will not speculate on a suspect or a motive.

The members say they are concentrating on the future, not the past. Raising money as fast as they can and doing most of the work themselves, they are slowly rebuilding.

The group has held a series of raffles and other fund-raising events, but still needs at least $50,000 to complete the repairs, Battle said.

"Money is the only thing holding us back," he said. "We always said that if we could have all the (black) people in Philadelphia give us a dollar, we'd be able to do it."

That hasn't happened, and the members are slightly discouraged at what they see as a lack of commitment from the black community.

"The elders who left us this building were able to maintain it and they were making only $15 or $20 a week," Gossett said. "With the amount of money black folks are making now, if we can't maintain it something is wrong."

"This should have been done," he said. "We already know that if they want to do it, they can."

But they are not giving up. Maddox hopes to see a resurgence of interest in Garvey by a generation that has rediscovered Malcolm X. Malcolm's father was a Garvey disciple who often took his son to secret UNIA meetings.

"Every young person tries to pull away from their parents, but Malcolm must have known from his father and listened to him," Maddox said.

By rebuilding the UNIA headquarters, the members hope to send a message to the surrounding community that it, too, can rebuild itself.

"You always have to have hope," Battle said. "When I was young, it was hard to get people to even identify with the word African. But in the last five or six years, we're begun identify with Africans.

"It looks slow," he said, "but we are making headway."